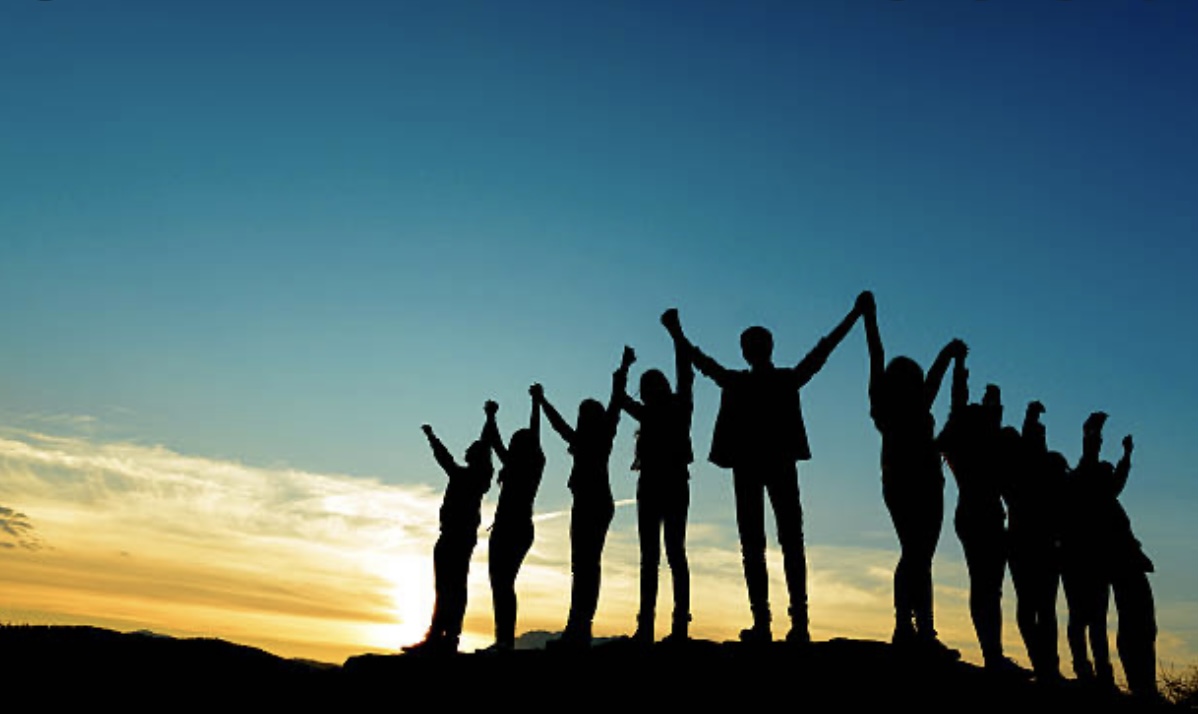 The importance and impact of foster carers staying in contact with children and young people who have moved on.

“The importance of children staying connected with their former foster carers must not, under any circumstances, be underestimated.

However, despite the thousands of foster carer voices and The Fostering Network launching the Keep Connected campaign 3yrs ago and advancements in the understanding of trauma and attachment, it seems to go largely ignored. Sadly the reasons for not keeping connected are rarely about the children and seldom in their interests”
Sarah Anderson, Founder FosterWiki

“The Fostering Network launched the Keep Connected campaign (2019) in response to reports from foster carers that they had not been allowed ongoing contact with the children they had looked after…
Since then there has been no significant progress; young people are still losing touch with the people that matter to them when it is not in their best interests. We need a culture shift to ensure that the starting position in any transition planning is for ongoing contact.”
Kevin Williams, CEO of Fostering Network

There are many reasons that children and young people move on in foster care. This can be because foster care may not be the most appropriate setting for them, a placement may have broken down, moved into residential care, independent living, been adopted, or are moved due to an allegation and never returned (even when foster carers reapproved and allegation ruled unfounded).

Previous thinking in social work was that the relationship with former carers should be stopped so that they could replace with a new one. It meant that children could wait months or years before they were allowed to see their former carers again. It is quite normal for foster children never to see or be able to contact their carers again.

However, it is now widely recognised how important it is to maintain these attachments and connections in children’s lives, modern approaches and research into trauma-informed practices, attachment and adverse childhood experiences (ACEs) have established how damaging it is to prevent this from happening and how it can negatively impact their mental health, now and in the future.

Despite the issue being highlighted in The Care Inquiry in 2013, and subsequent recommendations by the Government in the Fostering Better Outcomes report and a campaign by the Fostering Network in 2019, it seems from extensive foster carer feedback that there has been little or no significant progress.

*There will be some occasions when it is not in a child’s best interests to keep in contact with their previous foster carers, however, these will be the exception rather than the rule.

Why is it important to maintain a connection?

Maintaining attachments is crucial for children in care, most of whom have attachment issues, and trauma and have suffered many adverse childhood experiences.

Attachments can affect a child’s sense of self, confidence, self-esteem and problem-solving abilities, it can also be influential on their resilience and mental health.

When children are suddenly separated from a carer, sometimes for many years, they can suffer loss, rejection, trauma and other complex emotional issues. It can also prevent them from developing further secure attachments and lead to a loss of trust in attachments.

Maintaining important relationships and connections in their lives can mitigate these feelings and effects. Abrupt endings and blocking connection is likely to lead to severe separation and loss issues for a child or young person.

A secure relationship with an adult can also buffer a child against the effects of longer-lasting and more severe stress and therefore protects the developing brain from the potentially harmful impact of trauma.

Former foster carers can be influential and key in children’s lives, in their transitions, stability and enabling them to make sense of their past. A strong support network of people who know a child well helps them to feel loved, develop a strong sense of self and maintain healthy relationships in the future.

What is considered good practice?

It seems, from FosterWiki feedback and from the Fostering Networks reports that this is not happening as it should.

It appears that a significant percentage of contact going forward is prevented, for a variety of reasons, including the now-discredited understanding that bonds can only be formed one at a time, or that you need to break one to form another. Unfortunately, this has led to children waiting months on end, mostly never, to see former foster carers, some of whom they may have been with for years.

This is having a critical effect on children in care, without the right support former foster carers, adopters, new foster carers, special guardians and birth family are being placed in the untenable position of creating their own framework for maintaining connections, including the boundaries and expectations during the transitional period.

It also has a critical effect on foster carers, who experience grief and loss of a child without ongoing contact leaving them feeling unable to allow themselves to attach to the next one.

More than two-thirds of foster carers told the Fostering Network they received little or no support to maintain contact with their former fostered children, while fewer than one in six felt they got a great deal or a lot of support.

The Fostering Network launched their ‘Keep Connected’ campaign in 2019, this is what they had to say:

The results from our State of the Nation Survey support our previous findings that the care system is doing little to promote fostered children’s relationships when they move within or out of it and is far too often, in fact, obstructing them.

Planning and preparation are essential to set expectations and make practical arrangements. It is imperative that local authorities include foster carers in transition planning from the start.

When children’s services have this proactive approach, it helps to create a culture that prioritises children’s relationships.

The level of support that children receive to maintain their relationships is inconsistent. They are reliant on their adopters, foster carers or family to facilitate contact, often without training or guidance.

The sector must work together to end the outdated practice that sees children lose touch with their former foster carers when they move on. Contact should be discussed during planning for every transition and enabled unless it is decided that it is not in a child’s best interests.

“Our children were removed after a false allegation by the new children’s social worker, who we found it really difficult to build a professional relationship with, it genuinely felt like she just didn’t like us (we were taken to the panel and cleared) there was no reason for children to be removed as the allegation was completely fabricated by that person. The children had been told it was their ‘forever’ home and they’d been with us for 8yrs since they were little. We all felt so so torn apart. We were told we could have no contact with them, probably to cover up things, and that if we did we’d never work again, anywhere. However, the children were texting and messaging us via social media, saying they loved us and asking us when they could come home. They were never allowed.”
“To be honest I have never been told not to contact our young people that have moved on. We always respond if they reach out and will always reach out to them on their birthday or at Christmas. I know it can be difficult after a placement has broken down, but wherever possible I truly believe keeping in contact is important as long as it supports them to settle into their new home.”
“Our children moved were moved on, through no fault of ours and against their wishes, and they told us later that they had then had all their phones and tablets removed so they couldn’t contact us, however, they continued to message us on friend devices. We were told by the children’s SW to block them, but how could we do that to them? We also found out that they hadn’t passed on any of our Christmas or birthday gifts, and when they got their card from us they had already been opened.”
“Foster carers are so important to children, I’m a former looked after child and now a foster carer. What is most important is not making people disposable. It sickens me that I’m asked to not speak to the young person and told to “let them go”. The value of real relationships will never be known if the young people are told to just move on all the time.”
“Our current young man of 16 who has been with us for 5yrs came from a residential setting and we often take him back to visit / BBQs and outings etc despite it being a round trip of 8hrs. We have all become friends and want the best for him and for him to be able to maintain the attachments he made there with staff / young people.”
“It happened to us recently and it is left us heartbroken. They just kept saying that the child needed to ‘settle with the new carer’ but how can that be ok? He was with us 5yrs and I know he’ll be missing us and thinking we abandoned him. We weren’t allowed to keep caring, I complained about their treatment of us and that was it.”
“The adopters decided they wanted a clean break from all her past life, she had been with us 4yrs, and she also lost contact with her siblings who are still with us and her with them. All heartbroken.”
“We were told no contact with our former foster children as it was important for them to “move on” which flys in the face of everything we know now about trauma and attachment.”

Access both the open pages and members area. Both are free to access and footprint-free. The member’s area gives you privileged confidential access to FosterWiki’s experts by experience for advice and guidance. You will also find short courses and guides from the foster carer’s perspective, top tips, allegation help, templates, and the ability to add to FosterWiki. With more content being uploaded regularly.

Please let us know what information or advice pages you would find useful and we will put them in place. https://fosterwiki.com/register/ 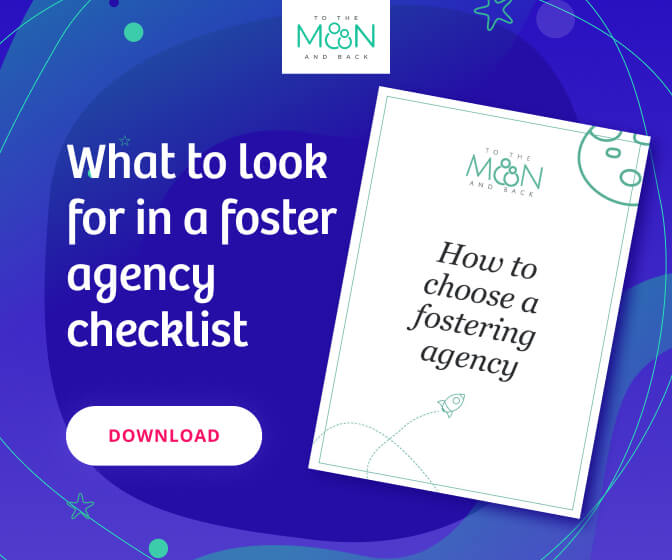 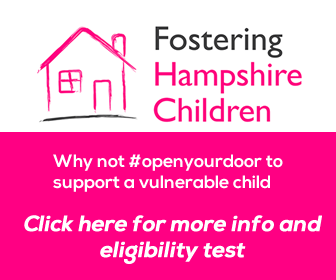 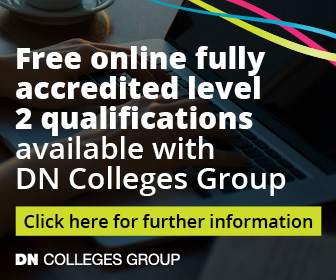 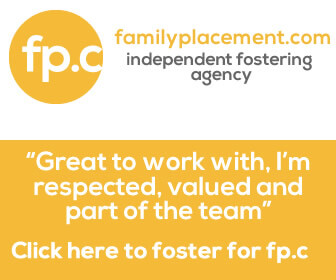 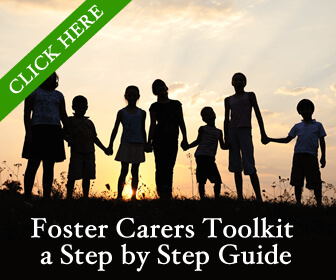